POST AND ACL LAUNCH A BRAND NEW COMPETITION ON THE ROCKET LEAGUE VIDEO GAME! 32 TEAMS, 2,500€ TO WIN, A 16H STREAM… REGISTRATIONS ARE OPEN!

After a second season wrapped up in June, Luxembourg’s biggest esport competition is back for a special edition. The POST Esports Masters partner up with ACL (Automobile Club Luxembourg) to give you an exclusive event on the Rocket League video game!

Inventive mix of football and cars, Psyonix’s game has been a huge success all around the world for several years. Also very popular in Luxembourg, an increasing number of tournaments are organised to match the players’ demand. That’s why POST and ACL have decided to think big!

For the great pleasure of Grand-duché’s players, the “Rocket League Special Cup” will be a tournament of the scale they’ve never seen before: 2,500€ are on the line for the best teams, including a special prize for the best player of the competition (MVP)! 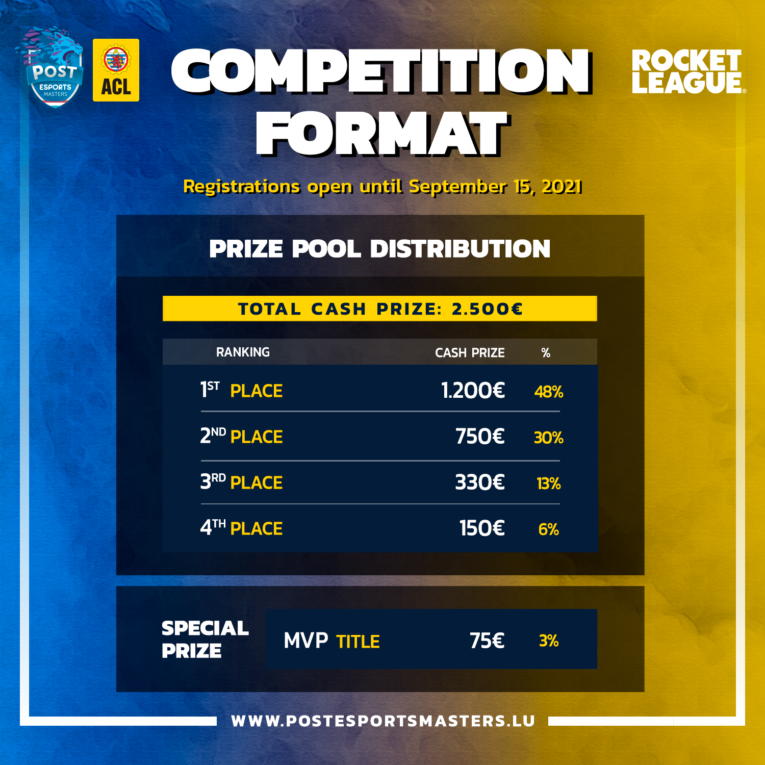 A TOURNAMENT, LIVESTREAMS AND GIFTS

The event is open to every inhabitant of Luxembourg’s Great Region, in the limit of 32 teams of 3 players maximum.

The tournament will be held fully online and contains 2 stages:

Moreover, the whole competition will be shoutcasted and live streamed on Twitch: https://www.twitch.tv/postesportsmasters

Lastly, starting next week there will be gifts to win in POST Esports Masters’ socials and on Twitch during the live streams! See you on our socials not to miss anything: Facebook, Instagram and Twitter!

It’s very simple to register for the tournament. Make your team and click on the link below:
REGISTER 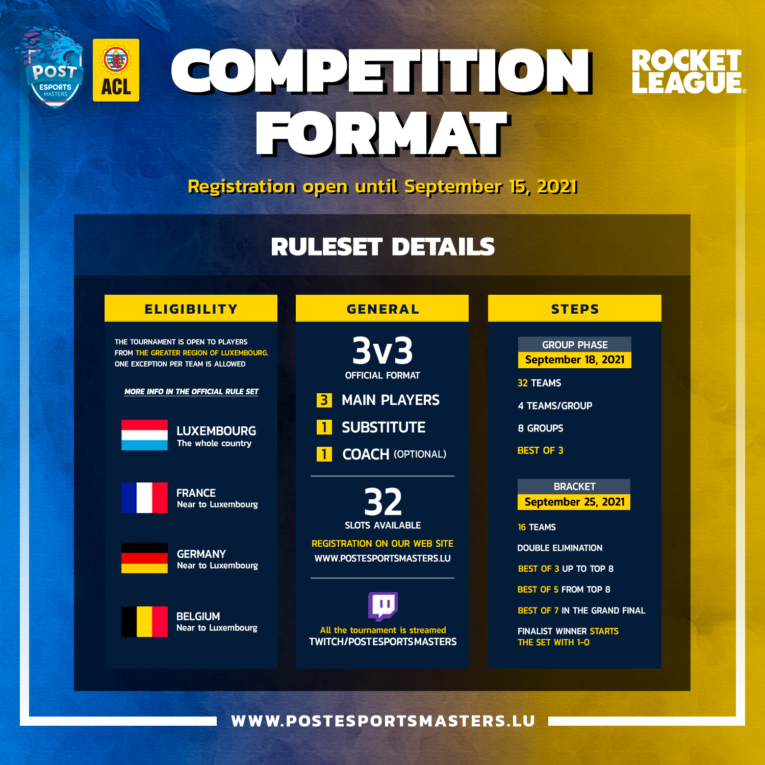 Bracket stage: September 25th
The 16 best teams from the qualifications stage
Double elimination tournament in BO3, BO5 and then BO7 for the final

🖥  Follow our Twitch channel not to miss the beginning of the competition: https://www.twitch.tv/postesportsmasters