THE TOURNAMENT HAS STARTED ON LEAGUE OF LEGENDS! THE 8 QUALIFIED TEAMS HAVE PLAYED A LARGE PART OF THEIR POOL MATCHES THIS WEEKEND AND WE CAN ALREADY DRAW SOME CONCLUSIONS!

In order to better understand the stakes of the games played these last 2 days, let’s go back to the tournament format for a few seconds. Currently, 8 teams are competing for the supreme title. They are divided into 2 balanced groups (A and B) according to their performances during the qualifier. 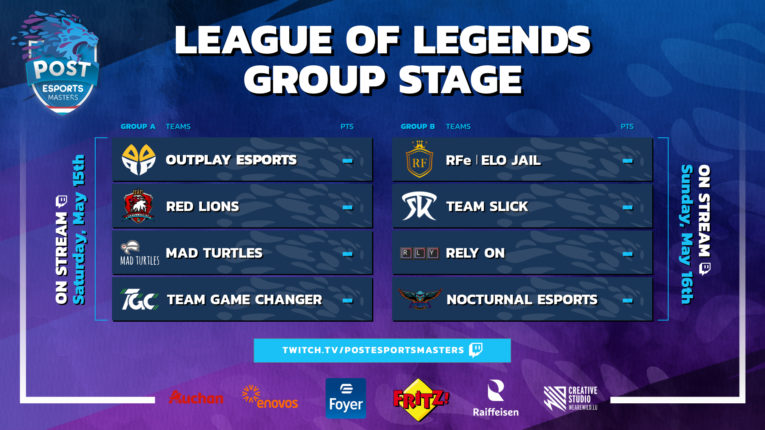 Each team must play twice against each opponent in its group (6 games total). At the end of these matches, the 2 best teams of each group will enter the Bracket of the Great, the only way to try to win the title of champion. The teams ranked 3rd and 4th in their group will join the Bracket of Challengers and can hope to win the bronze medal of the competition. 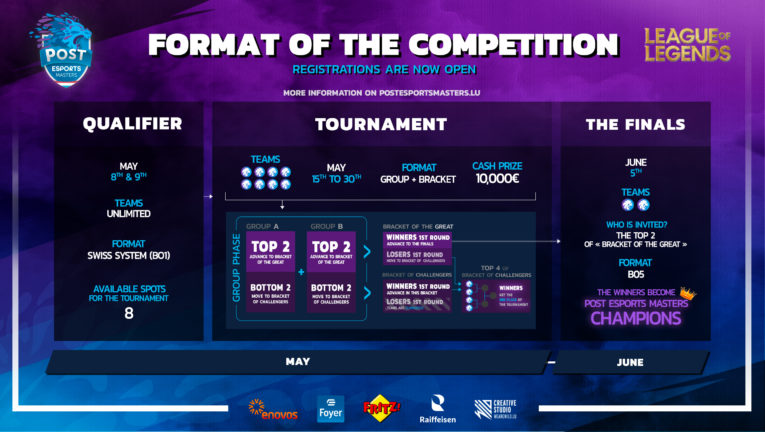 GROUP A: THE CHAMPION GIVES UP

Red Lions will not win twice! The defending champions finish 3rd of their group and say goodbye to their chances to defend their title. Indeed after 2 defeats against Outplay with madness matches, BOTRL falls to the general surprise during their 1st confrontation against Mad Turtles. They won the 2nd match but lost again in the Tie-Breaker. If Mad Turtles still have 2 games to play in this group phase, they are already assured to finish at least 2nd of their group. A great achievement for these new challengers who, in addition to entering the Bracket of the Great, leave with the scalp of the defending champions!

For their part, Outplay has so far achieved a clean sweep (4W-0L) after nearly losing the opening game to Red Lions in a remake of the last finals. The favorites of the competition then followed up with a clean sweep in the return match and twice against Team Game Changer. However, they still have two games left to play against Mad Turtles. They only need to win one of them to secure the 1st place in the group which would allow them to face the 2nd of the group B in the Bracket phase.

Finally, Team Game Changer bravely defended its chances without managing to unlock its win counter. They can still try to finish on a good note by getting back on track this weekend in the Bracket of Challengers.

GROUP B : RELY ON SURPRISES EVERYONE

We expected a fierce battle for 1st place between the rival teams Team Slick and Royal Family… but no one had foreseen that Rely On would invite itself in the discussion! And yet, the outsiders have played their chance to the fullest from the 1st day by achieving a faultless journey (3W-0L)! Indeed, after 2 victories against Nocturnal Esports, Rely On makes Royal Family fall in a game already major. RFe makes up for it in the second round but it’s already too late because Rely On also wins against Team Slick and validates at least a 2nd place! After Mad Turtles in group A, here is a new surprise!

There is only one place left to qualify for the Bracket of the Great for the two Luxembourgish leaders, Team Slick and Royal Family. And Team Slick are doing well by dominating 2-0 during the famous derby. In difficulty last year (5th out of 8 in the regular season), Team Slick proved that they did not come to play second fiddle this year. After 2 new wins against Nocturnal Esports, they take the 1st place of the group and will face Outplay or Mad Turtles on Saturday for a place in the final.

Nocturnal Esports finished 4th in the group and will try to get their first victory of the competition on Sunday during the Bracket of Challengers. But they will have their work cut out for them as they will be facing no less than Red Lions!

WATCH THE STREAM ON TWITCH NEXT SATURDAY AND SUNDAY

The next step of the competition will take place next weekend (May 22-23) and can be watched live on Twitch:  twitch.tv/postesportsmasters

On Saturday, we will attend the “Bracket of the Great“, the semi-finals of the competition. The winners will qualify for the Grand Final and have a chance to win the ultimate title and the €5000 1st place prize! The losers will join the Bracket of Challengers where they will face the winners of the Red Lions vs. Nocturnal Esports and Team Game Changer vs. Royal Family (Elo Jail) matches on Sunday.