After a successful first edition in 2020, the greatest Esports competition in Luxembourg comes back in 2021 with a new name and new formats!

What a big surprise for this year’s beginning: POST eSports League becomes POST Esports Masters! Thus, the title “League” is replaced by “Masters”, leading to a way wider range of possibilities to the competition’s formats offered to players.

Changes will happen this year with an updated roadmap:

For this new edition, Clash Royale players will fight each other first during a 2 steps regular season. After a total of 30 matches per player, the 1st of the general ranking will win the “Regular Season Champion” title.

But the season will not end right away! The Top 8 in the general ranking will be invited to take part in the Invitational, a summit tournament that will take place in June. The winner will win the title of the “Invitiational Champion”. 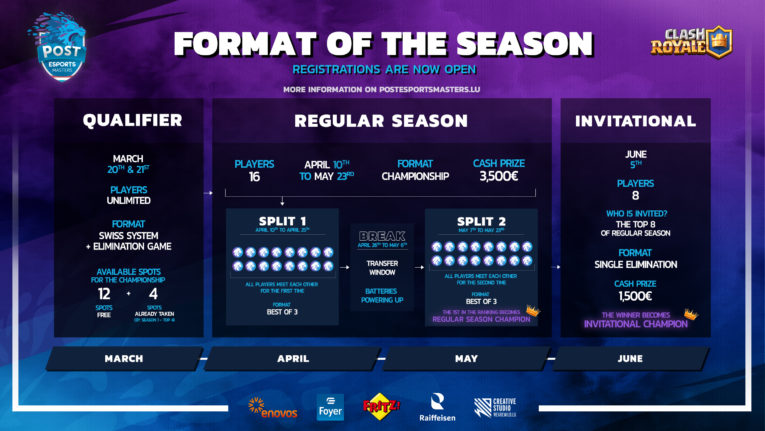 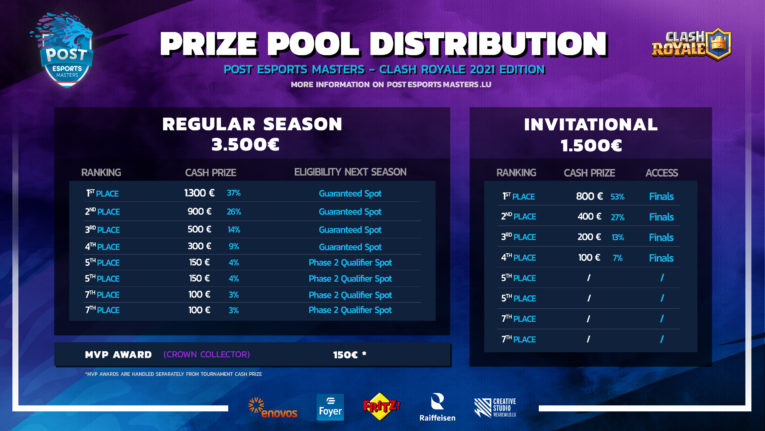 Registrations for the 2021 edition are now open!